Adoption - The focus is on the best interests of the child! 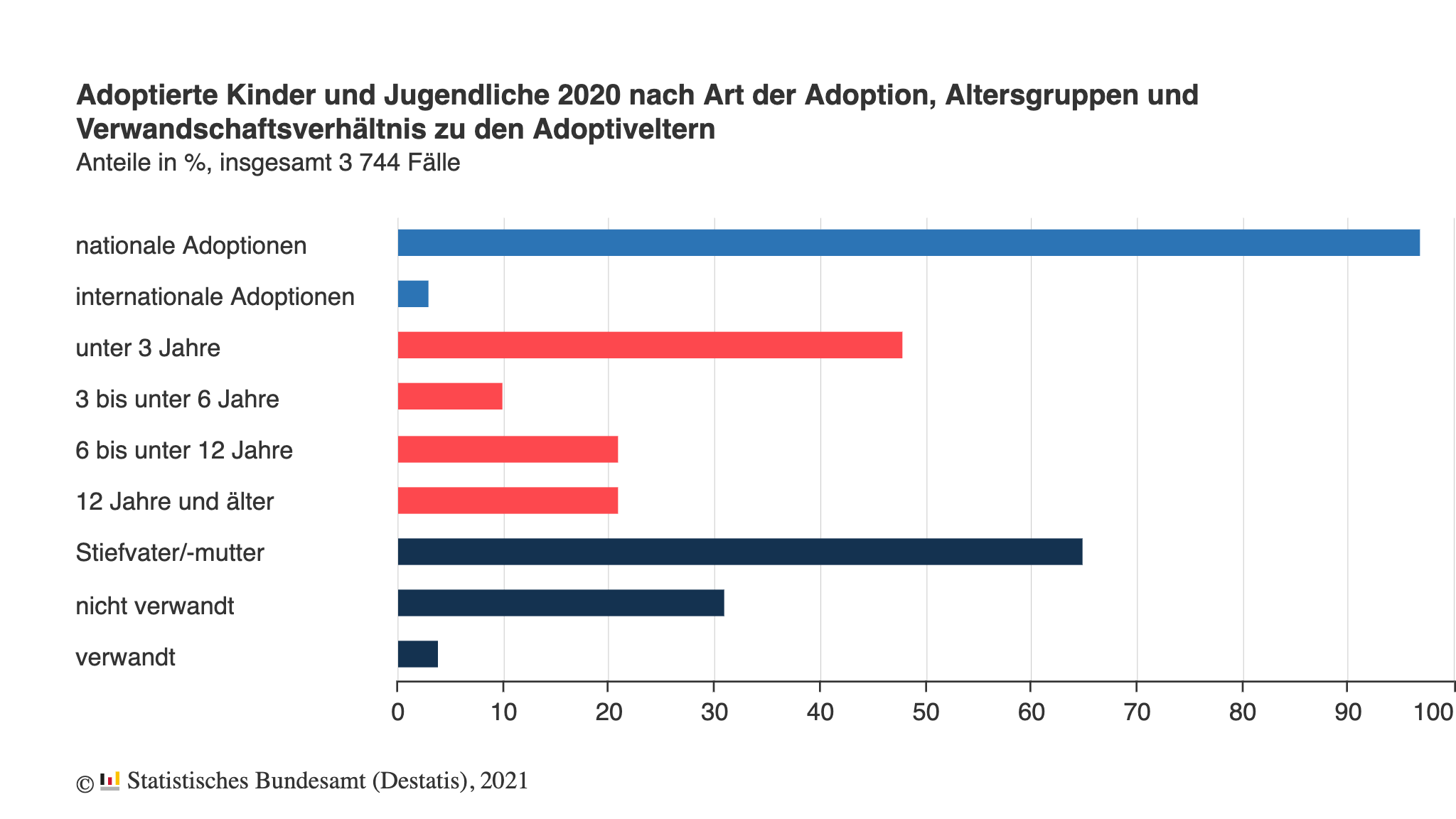 The decision to give up one's own child for adoption is difficult in most cases. In some cases, the birth parents may not be ready for a child or may not be able to ensure the child's welfare due to mental illness, for example. In order to give a child up for adoption, the consent of both parents (if possible or known) is required. Once the decision has been made and consent has been given, the child is placed with vetted and suitable applicants for adoption via an adoption agency.

All placements focus on the best interests of the child. Adoption applicants must undergo a comprehensive assessment by an adoption agency in advance. Applicants must have full legal capacity and be at least 25 years old. If a spouse is younger, he or she must be at least 21 years old. There is no maximum age for adoption applicants. In order to ensure the best interests of the child, the applicants are examined in the areas of personality, stability in partnership, open approach to the subject of adoption, health, educational expectations, living conditions and economic circumstances. If an international adoption is to take place, additional criteria, such as dealing with discrimination and racism, are examined. On average, this process takes 9 months for a domestic adoption, while more time is to be expected for an intercountry adoption (even several years are possible). Once applicants have passed the test, the waiting period begins until a suitable child is available for adoption.

There are different forms of adoption. There is a third-party adoption, which is also called full adoption. The majority of all adoptions are adoptions in which the stepmother or stepfather adopts a stepchild. If there is a relationship between the child and the adopters, it is a relative adoption. The adoption of a foster child is not so common in Germany and is called foster child adoption. If a partner has already adopted a child before marriage or a registered civil partnership, this form is called successive adoption. This form of adoption is very popular among homosexual couples. There is also the possibility of an adult adoption if the person to be adopted is already of age.

Does an adoption have to be anonymous?

With regard to anonymity, a distinction is made between 3 possible forms of adoption. There is the possibility of an open adoption, which means that the birth parents are known and, if applicable, a relationship exists. A semi-open adoption gives the birth parents the opportunity to decide whether they want to have contact with the child. If the birth parents wish to remain anonymous, this form is called incognito adoption. In this form, the adoptive parents receive a number from the placement agency to enable the child to contact them later if necessary. According to German personal rights, every child from the age of 16 has the right to know his or her biological origin and to inspect the placement documents. Open adoption is favoured by the placement agencies, as it is easier for the child to find out about his or her origin and to contact the birth parents if necessary.

From our point of view, adoption is a possibility to realise the wish for a child. As the focus is always on the best interests of the child, we are in favour of this option.

This article is a rough summary of the topic of adoption. We will cover this topic in more detail with checklists and our P4B check.

You don't want to miss the publication of the comprehensive article? Then sign up for our newsletter!

You want to share your experiences?Be part of it! We look forward to getting to know you.